Terpene Boiling Points and Why it Matter

Terpenes are the compounds in cannabis that give the plant its distinct flavor, aroma, and physiological characteristics. The terpene boiling points and profile of a cannabis plant can help determine how the plant will taste. One way to tell whether or not you’ve had beta-caryophyllene-rich cannabis before is to look for strains that make you feel as though you’ve been punched in the nose.

The terpene is often blamed for the “punch in the nose” sensation experienced by some users. Black pepper has the most prominent terpene in it, which is why it gives you a peppery sensation when you start smoking it.

Most Popular Terpenes & Their Boiling Points

Boiling weed could have a significant impact on how cannabis affects a user. When you heat your cannabis to a high temperature, you risk cooking off the beneficial terpenes as well as burning off the essential cannabinoids.

If you’re still not careful, you might lose all or most of your precious terpenes. This is due to the fact that terpenes, like cannabinoids, possess various terpene boiling points.

Consider a few of the more popular terpenes found in the cannabis plant, what they might be good for, and what their boiling points are in the terp chart below:

Why Do Terpene Boiling Points Matter?

It’s important to know the terpene boiling points if you plan to vape them or use them in cooking. In the same way that hydrocarbons undergo thermodynamic changes, terpenes undergo phenotypic and physiological changes when heated above their respective normal ranges.

It is possible for some terpenes to evaporate when heated above their boiling point, resulting in a waste of time and money. Because terpenes are expensive, you don’t want to end up throwing them away.

If you’re cooking or vaping with terpenes, make absolutely sure the temperature doesn’t go above the terpene boiling point of those.

Terpenes are frequently reapplied to dried cannabis as well as hemp flowers before smoking or vaping in order to improve flavor and effects. When terpenes are used in conjunction with cannabis or CBD hemp flowers, the compounds work better together, resulting in a more potent product.

Terps are often added to e-liquids by seasoned vapers in order to enhance the flavor and overall experience. However, you’ll want to take precautions to preserve the terpenes you’ll be inhaling until you’re ready to do so. Using terpenes in this manner necessitates the use of a high-quality vaporizer with terpene boiling point temperature control.

Terpenes can enhance the flavor of your vape juice, but you need to know what they are, how they work, and what their boiling points are if you plan to use them.

Whether it’s making your own CBD cartridges, healing balms, or salad dressing at room temperature; all use the safe terpene transfusion method. To use various terpenes flavors in your green tea and baking recipes, it is important to know the suitable temperature for each.

It’s a good way to ensure that the medicinal benefits of the terpenes you use aren’t lost in the final product.

As a rule of thumb, cook terpenes at a lower temperature and for a longer period of time to preserve them. As long as the terpenes remain intact during cooking or baking, you can still reap the benefits of their unique properties.

Topical products are a popular use for terpenes. Many terpenes have a wide range of skin-benefiting properties and can be added to lotions, cosmetics, and salves to create a wonderful aroma.

It is important to know the terpene boiling points because many topical products need heat to be prepared. Beeswax and other waxy ingredients must be heated before they can be combined with other ingredients.

Prior to placing everything in the refrigerator for cooling, you should generally add terpenes. They will evaporate completely if you add them at the beginning and heat the mixture, so it is best to add them at the end.

As well as having an appealing scent and flavor, some terpenes have gained a reputation for providing some health benefits. Stress-relieving properties are well-known among some terp charts. Others may be able to alleviate pain and inflammation.

The medicinal properties of this plant include anticancer, antihyperglycemic, analgesic, anti-inflammatory, antimicrobial, antifungal, antiviral, and antiparasitic properties. As an anti-inflammatory and skin penetration booster, terpenes are also popular in alternative medicine.

When it comes to sleeping, nerolidol, for example, is an excellent choice because of its calming and relaxing properties.

When used in conjunction with one another, CBD and terpenes have the potential to produce what is known as the “entourage effect,”. In simple words, this is a synergistic interaction between CBD as well as other cannabis compounds and terpenes.

If you already use cannabidiol and are considering adding terpenes to your regimen, it’s possible that you’ll get more benefits from CBD.

How to Store Terpenes Properly

You don’t have to worry about your terpene collection going bad if you’re worried about it. Think about the effect heat, air and light have on terpene boiling point; this is a compound that can be affected by any of these factors.

The terpene content of a cannabis product should be stored properly to preserve its potencies, such as a tincture or flower. CDAC is a straightforward rule to remember. The shelf life isn’t guaranteed due to a variety of variables, such as what you’ve introduced to and how you store it. Those are the reasons why you’ll want to follow these steps…

You can expect your terpenes to keep their high quality for a year if you follow the steps outlined above.

How do you prevent the drying out of terpenes?

Heat accelerates the evaporation process, making it a major threat to terpenes. The drying room’s temperature should be set between 15°C and 22°C to prevent this. To ensure an even drying process, humidity levels should be kept around 50%.

Can terpenes be preserved by freezing?

Temperatures below freezing do not affect terpenes in the same way that temperatures above freezing do. This means that the freezing process does not lose any terpenes.

What is the shelf life of terpenes?

Keeping your cannabis terpenes cool and away from excessive light and heat is the best way to preserve their freshness and potency. Refrigeration is recommended for long-term storage. The shelf life of our food-grade terpenes is between six and twelve months.

Terpenes get destroyed by combustion – why?

Combustion means that you’re attempting to destroy some of the plant’s most delicate terpene compounds. As a result, the flavor and aroma of the herb will be ruined.

What happens to terpenes when they interact with alcohol?

When the ethanol is extracted from the extract or distilled in the winterized oil, it usually destroys the terpenes. For many distillers, it is a priority that the plant’s terpene profile be preserved when making ethanol.

PrevPreviousWhy Are People Falling In Love With Wedding Cake Terpenes? 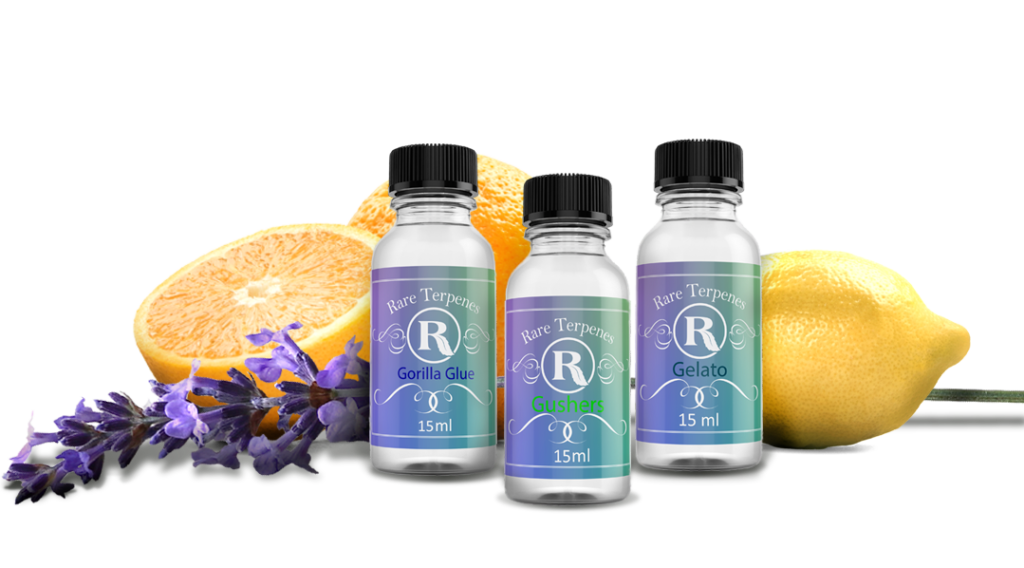